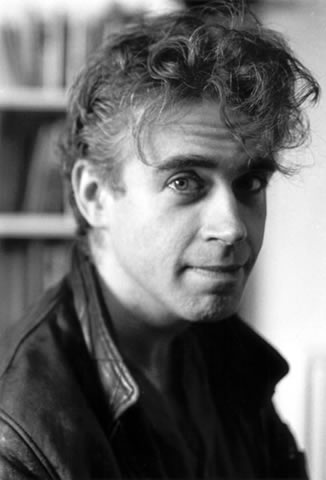 A few tips by Michael Donaghy

1. Copy the masters, use the structure of a poem you love, see how it works by making one yourself.

3. Poetry is about sound.

4. Use rhetorical devices. His favourite in class was chiasmus, the reversal, as in: .”Who only by moving can balance,/Only by balancing move .”

6. .”This line seems to bring everything together… that’s the exact centre of the poem… hmm….”

7. Rhyme is a device that can make an idea seem true. By marrying the sounds you seem to marry the sense as well.

8. If you are going to use rhyme, though, you must do it well: .”otherwise it’s like I came into the room stilt-walking and then fell on my face in front of you!.” Buy a rhyming dictionary and use it.

9. Evidence of craft increases our trust in the poet. Why trust someone who didn’t make any effort?

10. .”The windmills of your mind .” Never prescriptive, Michael would jump on this .”

11. Once you’ve written it, it belongs to the reader. You have to butt out. It’s their poem now. 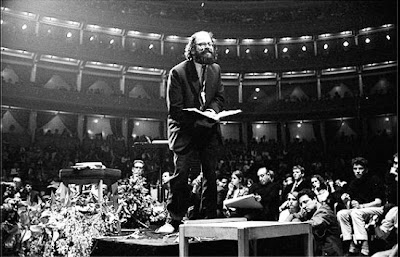 “First thought is best in Art, second in other matters .” – William Blake


I. Ground (Situation, or Primary Perception)

4. “One perception must immediately and directly lead to a further perception .” – Charles Olson, .”Projective Verse.”

5. “My writing is a picture of the mind moving .” – Philip Whalen

10. “...What quality went to form a man of achievement, especially in literature? ...Negative capability, that is, when a man is capable of being in uncertainties, mysteries, doubts, without any irritable reaching after fact & reason .” – John Keats

11. “Form is never more than an extension of content .” – Robert Creeley to Charles Olson


14 .”Nothing is better for being Eternal
Nor so white as the white that dies of a day .”
– Louis Zukofsky

15. Notice what you notice. – Allen Ginsberg

20. If we don't show anyone we're free to write anything. – Allen Ginsberg

22. “Each on his bed spoke to himself alone, making no sound .” – Charles Reznikoff

26. “Clamp the mind down on objects .” – William Carlos Williams

31. “The natural object is always the adequate symbol .” – Ezra Pound

32 .”Things are symbols of themselves .” – Chögyam Trungpa, Gelek Rinpoche

33. “Labor well the minute particulars, take care of the little ones
He who would do good for another must do it in minute particulars
General Good is the plea of the Scoundrel Hypocrite and Flatterer
For Art & Science cannot exist but in minutely organized particulars.”
– William Blake

34. “And being old she put a skin
On everything she said .”
– William Butler Yeats

35. “Don't think of words when you stop but to see the picture better .” – Jack Kerouac

43. “Compose in the sequence of the musical phrase, not in sequence of a metronome .” – Ezra Pound

58. “The unspeakable visions of the individual .” – Jack Kerouac

59. “I'm going to try speaking some reckless words, and I want you to try to listen recklessly .” – Chuang Tzu, (Tr. Burton Watson)

63. “God Appears & God is Light
To those poor Souls who dwell in Night
But does a Human Form Display
To those who Dwell in Realms of day .”
– William Blake

64. Subject is known by what she sees. – Allen Ginsberg

65. Others can measure their visions by what we see. – Allen Ginsberg

76. “Poets are the unacknowledged legislators of the world .” – Percy Bysche Shelley

78. “When the mode of music changes, the walls of the city shake.” – Plato

79. “Every third thought shall be my grave.” – William Shakespeare, “The Tempest.”

80. “That in black ink my love may still shine bright.” – William Shakespeare, Sonnets

82. “Well while I'm here I'll
do the work –
and what's the Work?
To ease the pain of living.
Everything else, drunken
dumbshow .”
– Allen Ginsberg

in the world's ache,
most modest & gentle
of the elements

entered man before history
and became his daily
connection, let no man 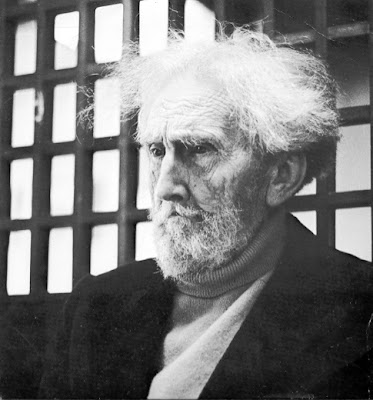 
Do's and Don'ts from Ezra Pound

1. Language is an instrument for expressing and not for concealing or preventing thought.

2. A narrative is all right as long as the narrator sticks to words as simple as dog, horse, sunset.

3. Use no superfluous word, no adjective which does not reveal something.

4. Don’t use such an expression as “dim lands of peace.” It dulls the image. It mixes an abstraction with the concrete. It comes from the writer’s not realizing that the natural object is always the adequate symbol.

5. Go in fear of abstractions. Do not retell in mediocre verse what has already been done in good prose. Don't think any intelligent person is going to be deceived when you try to shirk all the difficulties of the unspeakably difficult art of good prose by chopping your composition into line lengths. . . .

6. Be influenced by as many great artists as you can, but have the decency either to acknowledge the debt outright, or to try to conceal it.

7. Use either no ornament or good ornament.

8. Poetry should be written at least as well as prose.

9. Don’t imagine that a thing will “go” in verse just because it’s too dull to go in prose.

10. When Shakespeare talks of the “Dawn in russet mantle clad” he presents something which the painter does not present. There is in this line of his nothing that one can call description; he presents.

11. Consider the way of the scientists rather than the way of an advertising agent for a new soap. 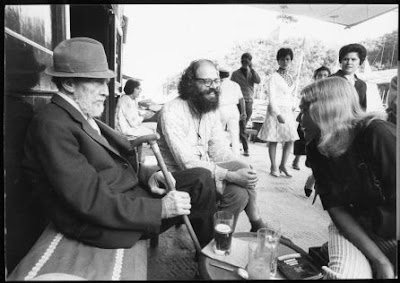