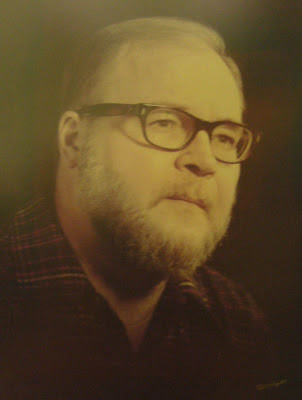 Over my head, I see the bronze butterfly,
Asleep on the black trunk,
blowing like a leaf in green shadow.
Down the ravine behind the empty house,
The cowbells follow one another
Into the distances of the afternoon.
To my right,
In a field of sunlight between two pines,
The droppings of last year's horses
Blaze up into golden stones.
I lean back, as the evening darkens and comes on.
A chicken hawk floats over, looking for home.
I have wasted my life. 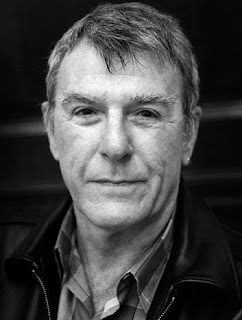 TG: There are many things to dislike about ‘On the Move’. To begin with, there’s the constant use of the word ‘one’, which I find very stilted now. Now I would use the word ‘you’ rather than ‘one’. Then again, it’s such a period piece. I say that, not because it’s based on a short book by Sartre, or because it’s also based on The Wild One, but because of its tremendous formality, which I really dislike. I’m also not sure that the last line means anything: ‘One is always nearer by not keeping still.’ Nearer what? Well, yes, the motorcyclist is nearer the destination, but what’s the destination of human beings? Aha! It’s a question that seems to answer itself but doesn’t.
JC: Yes, I was going to ask you about the line, ‘It is a part solution, after all.’ A part solution to what?
TG: I don’t know. There’s another reason for saying that there’s something wrong with the poem. It’s unnecessarily well-known and anthologized. [2]

First, maybe, one should discuss the question of newness, which I certainly don’t consider much of a virtue in itself. The technique in this poem is not really very new; Kenneth Rexroth has been using it for years with great accomplishment, and the critics so impressed with the novelty of Wright’s work should take a look at Rexroth’s selected poems, Natural Numbers, just issued by New Directions, and in particular at a poem like "The Great Nebula of Andromeda."[3]  In any case, though the poets of The Sixties [4] are very sensitive to the accusation of Imagism and rebut it with great heat, there is a clear similarity between the early practice of Pound and their tender descriptions of blades of grass, etc. Pound claimed that the image "presents an intellectual and emotional complex in an instant of time." This, I imagine, is the only conceivable justification for a poem like the above, from which the operation of the discursive reason is deliberately excluded. Even the feeling of inexplicability is similar to the feeling of some of Pound’s poems, for example "Fish and the Shadow".

We are presented in Wright’s poem with several images which are actually distinct, though they are loosely connected by situation, followed by a general observation that may well have occurred to the poet after he had perceived the images, but is for us connected with them by neither logic nor association. There is a form of juxtaposition here in which neither image nor general statement gains much from each other. We may imagine a connection between the two, or a contrast, if we wish, but it is entirely up to us, since neither connection nor contrast is present in the poem, and what we imagine is going to be arbitrary. The poem, therefore, must depend on the strength of the expression in the isolated parts. The bronze butterfly is maybe a bit pretentious (Wright, like Bly, is fond of metals and jewels), the image of the cowbells is admirably plain, and the image of the droppings is remarkably vivid and very beautiful in itself. The two following images also succeed very well in isolation. The final line is perhaps exciting because we are surprised to encounter something so different from the rest of the poem, but it is certainly meaningless. The more one searches for an explicit meaning in it, the vaguer it becomes. Other general statements of different import could well be substituted for it and the poem would neither gain nor lose strength.

It is clear Gunn does not understand the poem, or rather, it is not the poem he doesn’t understand but the emotion. He can’t bring himself to understand how an intelligent man would have such an emotion. After all, too, Gunn is an educated man; he has trained his intelligence; other people, chaotic ones, may have wasted their lives, but not he. What prevents Gunn from understanding is his habit of discursive reasoning, his rationalism. … In poems the deepest thoughts are often the most painful thoughts, and they come to consciousness only despite the rationalist road-blocks, by slipping past the defenses of the ego. In most men, the inner thoughts are never able to slip by these defenses of the ego. The ordinary mind has pickets everywhere, who make an impregnable ring. [5]

I think that I didn’t realize it at the moment, but looking back on that poem I think that final line – "I have wasted my life" – is a religious statement, that is to say, here I am and I’m not straining myself and yet I’m happy at this moment, and perhaps I’ve been wastefully unhappy in the past because through my arrogance or whatever, and in my blindness, I haven’t allowed myself to pay true attention to what was around me. And a very strange thing happened. After I wrote the poem and after I published it, I was reading among the poems of the eleventh-century Persian poet, Ansari, and he used exactly the same phrase at a moment when he was happy. He said, "I have wasted my life." [6] Nobody gave him hell for giving up iambics. You can’t win. [7] 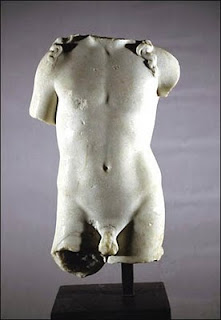 We never knew his fantastic head,
where eyes like apples ripened. Yet
his torso, like a lamp, still glows
with his gaze which, although turned down low,

lingers and shines. Else the prow of his breast
couldn't dazzle you, nor in the slight twist
of his loins could a smile run free
through that center which held fertility.

Else this stone would stand defaced and squat
under the shoulders' diaphanous dive
and not glisten like a predator's coat;

and not from every edge explode
like starlight: for there's not one spot
that doesn't see you. You must change your life.

We read this poem over and over again to see how this ending is earned. As we think about the poem, it becomes more and more clear how appropriate this final line is. As a sexual being, the hyper-civilized Rilke find himself inadequate when compared with a piece of stone. As a seer, he sees less than the opaque rock before him, which despite its stoniness embodies a vision of humanity greater than his own. As poet, Rilke feels himself far inferior to the artists of classical Greece, who could create works of such enduring power that even when the sculpture is defaced overwhelms him. Nothing in his modern life is capable of standing up to a scrutiny of what ancient Greece was, saw, made.

“Archaic Torso of Apollo” at first seems to be the kind of experience we reject in our contemporary world of pop psychology. It recounts an experience of inadequacy, insufficiency, belittlement. There is no way to claim that the torso in the Louvre is supportive and nurturing. And yet. . . and yet. The poem is, I believe, a poem about empowerment. Rilke stands before the sculpture and realizes the need for self-transformation. The poem, I think, captures that first step in a process of enlarging and hence remaking his self. [8]

1. A minute holds them, who have come to go:
The self-denied, astride the created will.
They burst away; the towns they travel through
Are home for neither birds nor holiness,
For birds and saints complete their purposes.
At worse, one is in motion; and at best,
Reaching no absolute, in which to rest,
One is always nearer by not keeping still.
2. James Campbell. 'Thom Gunn in Conversation with James Campbell'. Between The Lines, 2000.
3. The Great Nebula of Andromeda
Kenneth Rexroth

We get into camp after
Dark, high on an open ridge
Looking out over five thousand
Feet of mountains and mile
Beyond mile of valley and sea.
In the star-filled dark we cook
Our macaroni and eat
By lantern light. Stars cluster
Around our table like fireflies.
After our supper we go straight
To bed. The night is windy
And clear. The moon is three days
Short of full. We lie in bed
And watch the stars and the turning
Moon through our little telescope.
Late at night the horses stumble
Around the camp and I awake.
I lie on my elbow watching
Your beautiful sleeping face
Like a jewel in the moonlight.
If you are lucky and the
Nations let you, you will live
Far into the twenty-first
Century. I pick up the glass
And watch the Great Nebula
Of Andromeda swim like
A phosphorescent amoeba
Slowly around the Pole. Far
Away in distant cities
Fat-hearted men are planning
To murder you while you sleep.
4. A semi-annual edited by Robert Bly that polemicized for a free verse of "deep imagery" that touched emotions beyond the rational mind (Modern American Poetry). 5. Crunk [skuilnaam van Robert Bly], "The Work of James Wright," oorspronklik gepubliseer in The Sixties no, 8 (1966), opgeneem in Dave Smith (Red.) The Pure Clear Word (Urbana: University of Illinois Press, 1982), pp. 90-91.
6. Die kritikus Alan Williamson meen egter weer die slotreël is 'n aanhaling uit Arthur Rimbaud se vers "Song of the Highest Tower": "J’ai perdu ma vie". Op Engels: "I have lost my life".
7. Bruce Henricksen, "Poetry Must Think" ('n onderhoud met James Wright gepubliseer in 1978), opgeneem in Annie Wright (Red.). James Wright: Collected Prose (Ann Arbor: University of Michigan Press, 1983), p. 184.
8. Huck Gutman. You Can Read A Poem: The Guidelines Elaborated. Beskikbaar by: http://www.uvm.edu/~sgutman/You_Can_Read_A_Poem.html.